The range of indications for glass ionomers in pediatric dentistry is extremely varied (early childhood caries, deep carious lesions on mature and immature teeth, etc.). Review of these materials that have undergone significant technical advances.

Although in France, glass ionomer cements (GIC) are mainly used by dentists to lute prosthetic pieces, it must be noted that they are less commonly used as a restorative material. In 2012, 56% of restorations were made from composites in comparison with 17% from glass ionomers. According to the report by the French National Agency for Medical Product Safety (Agence Nationale de Securite du Medicament et des prod uits de sante, ANSM) of April 2015, l00% of dentists in France were using composites in 2012, compared with 40% using glass ionomers, which represent 15 – 25% of direct restorations. These glass ionomers (GI) still suffer from a poor reputation. This reputation stems from the first glass ionomers developed in the 1970s by Wilson and Kent, as a result of their low resistance to flexion and abrasion. These were low viscosity Gls. Slow maturation and stabilization of moisture exchanges were required to achieve properties close to those of composites after one year. They have since undergone significant improvements and are now an excellent alternative to amalgam. Amalgam should now only be used as an exception, in particular for use in deciduous dentition (last resort use).   Gls can also be a substitute for composites which, on a biological level can pose a certain number of risks. Therefore, although usage restrictions may exist in some clinical situations, their indications are numerous when treating early childhood caries, deep carious lesions in mature and immature teeth, mineralisation defects, interceptive treatment and so on.

Gls are composed of a mix of organic acids (polyacrylic acid, tartaric acid and itaconic acid) and fluro aluminosilicate glass particles. The use of the first low-viscosity Gls was quickly abandoned due to their weak mechanical properties and great sensitivity to the moist conditions of the mouth. New Gls then started to appear on the market. Some Gls have been modified with the addition of resin (RM GI), others are condensable after modification of the liquid/powder ratio and the particle size (high-viscosity GI – HVGI).
The addition of freeze-dried polyacrylic acid to the powder makes it less sensitive to osmosis. One last family (sometimes classified in the HVGI family) is strengthened with very small fillers (< 4 m), which accelerate the setting of the matrix (high-density glass ionomers – HDGI) (table l). For both HVGls and HDGls, a coating is used to markedly increase the long-term mechanical properties (impregnated protected GI). This treatment comprises a nanofilled self-­ adhesive resin that combines extreme hydrophilic properties with very low viscosity. It compensates for the microporosity of Gl which is thus protected from desiccation and occlusal micro trauma for several months. Hence, GI can mature in optimized conditions. Gls, which have long required hand­ mixing of the powder and liquid, are today presented in a capsule, which saves time, is easier to use and improves the quality of the mixture.

During the first phase, the H+ ions of the acid attack the surface of the glass particles, liberating in particular the calcium and aluminum ions. The ion release is facilitated by the tartaric acid which forms complexes between them. A polysalt is thus created that hardens gradually. It should be noted that in a clinical setting, the GI has a glossy appearance during this phase. Humidity must be controlled, as this reticulation phenomenon is not stable. The mechanical properties would therefore be altered by desiccation or, in contrast, by excessive moisture addition. The GI should not be manipulated during this phase in order not to disturb the chemical bond. Phase two entails gelation of the material. It becomes matt, at which point it can be shaped (Fig. 1 and 2) The total time of the procedure is around three minutes, but this can vary depending on the type of GI and the manufacturer. Phase three entails maturation of the material. LVGls required almost one year to reach the mechanical properties of a composite. This time has been reduced to a few hours for the latest generation of Gls.

One of the main benefits of these materials is their natural adhesion to dental tissues. This adhesion takes place through the ionic reaction of the carboxylate groups on the polyacid molecules with the phosphate ions from the tooth surface4 and with the charged positive ions of the hydroxyapatite. An interfacial ion-exchange layer is formed in clinical practice, this intrinsic adhesion obviates the need to use an adhesive.
Nevertheless, in order to improve micro-mechanical adhesion, the use of a conditioner is recommended for treating the tooth surface. The latter reduces surface tension, eliminates  the smear layer and partially demineralises the dentinal tubules. The wetting of the glass ionomer will be improved. This surface treatment is composed of a polyacrylic acid with concentrations between 10 and 20% for an application time of 10 to 20 seconds, depending on the dilution.

This conditioner has become redundant for the latest generation of glass ionomers HDGI, which is intrinsically more acidic and does not require this usage. However, this information should be treated with care, as although the adhesion values remain comparable in the short term, this is not the case after six months, especially since the conditioner contributes to a reinforcement of the seal.
In contrast, its use is truly recommended when placing GI-based sealants in order to ensure their longevity. An excellent seal, which is an essential factor in avoiding pulp inflammation, is also ensured by low levels of polymerization shrinkage. In addition, the incomplete opening of the tubules by the conditioner limits the occurrence of post-operative hypersensitivity.

This seal, combined with the physicochemical properties of the materials, leads to remineralisation of the tooth. Gls are therefore biocompatible and bioactive materials thanks to the release of fluoride, in particular during the first months after their placement, which provides them anti-caries properties.

But What About the True Mechanical Qualities?

These have significantly increased with the arrival of impregnated, protected HVGI, especially due to the increase in the number of fillers and the variability of their size.
The placement of a thin protective coating (35 to 40 µm) increases the Gl’s hardness and resistance to wear, while also protecting it from moisture contamination8. Studies comparing amalgam restorations with GI restorations on deciduous teeth have demonstrated similar survival rates over two years9. Randomised clinical studies comparing restorations on permanent or deciduous teeth showed that there is no significant difference between the survival rates of HVGI and amalgam for periods over six years. Other studies showed similar results when posterior restorations with composite and glass ionomer were compared over four years.

The results of these studies justify the use of Gls for occlusal cavities, cervical lesions and small-sized proximal restorations. One six-year study examining the restoration of 1,231 Class II cavities in deciduous teeth presented a success rate of 97.42%. However, creating larger proximal cavities or mesial-occlusal-distal cavities increased the risk of fractures. Restoring cavities in direct contact with heavy occlusal forces alters the durability of the restoration and explains the contraindication against restoring the cusp with this type of material. As far as placing sealants is concerned, Liu demonstrated that there is no difference at 24 months in the ability of a composite resin and a GI to prevent the occurrence of sulcus caries. Mickenautsch evidenced in a systematic review of the literature that there are no significant differences in terms of preventing carious lesions at 48 months in comparison with a composite resin-based sealant, which is often considered as the reference5.

Additional studies should be conducted to confirm these results over a longer term. In order to improve the clinical longevity of restorations, two elements in particular should be considered: cavity preparation and the use of a coating. Soft cavities with rounded angles are sought to prioritise saving tissue that, however, present sufficient base to favour the occurrence secondary caries, in particular on primary deciduous molars, which have a strong cervical constriction (Fig. 3).

The use of a coating increases the mechanical properties of the GI. Its use is nevertheless disputed in deciduous teeth. In fact, when their presence in the mouth is limited, it can be prudent in terms of biocompatibility to avoid the use of surface resin when the restorative material does not contain it. In this case, it can be replaced by a cocoa butter type of product (GC), which means humidity can be controlled during the first maturation phases.

The spectrum of indications of Gls in paediatric dentistry is extremely varied sealants, restorations of cervical lesions, temporary or permanent anterior restorations (choice of shade varies depending on the manufacturer), restorations of occlusal cavities, small proximal cavities, pulp protection and treatment of deep carious lesions, structural defects, traumas, and so on.
Their use is indicated both for deciduous dentition and immature or mature permanent dentition. Condensable glass ionomers are an excellent alternative to amalgam and also to composites in terms of biocompatibility. Although the material is reputed to possess lo w technique-sensitivity, operating protocols must be followed. Indeed, many failures stem from non­compliance with the working time, a poor choice of matrix, poorly adapted preparation or injection of an inadequate amount of material leading to air bubbles or issues with the seal. Humidity must also be controlled to guarantee that restorations will last. The use of a dam is optional but, as well as controlling humidity, using one provides greater comfort to both the young patient and the practitioner. The quality of the matrix is crucial for the success of the restoration (Fig. 4). Figures 5 to 12 show the placement of a sealant on 36 using Fuji Triage (GC)*, from GC with the press finger technique.
The latter enables the material to penetrate into pits and fissures thanks to controlled pressure on the occlusal surface.

Glass ionomers should take on an increasingly significant role in our treatment strategies. Long criticised for their lack of mechanical strength and their poor aesthetic qualities, the latest generations of Gls (high-viscosity Gls and high­ density Gls, associated with a surface treatment) are excellent alternatives to amalgam or composite resins. These biocompatible materials can be used for impermeable, durable restorations that limit the recurrence of caries. They perfectly meet the challenges of minimally invasive dentistry, save dental tissue and preserve pulp vitality. 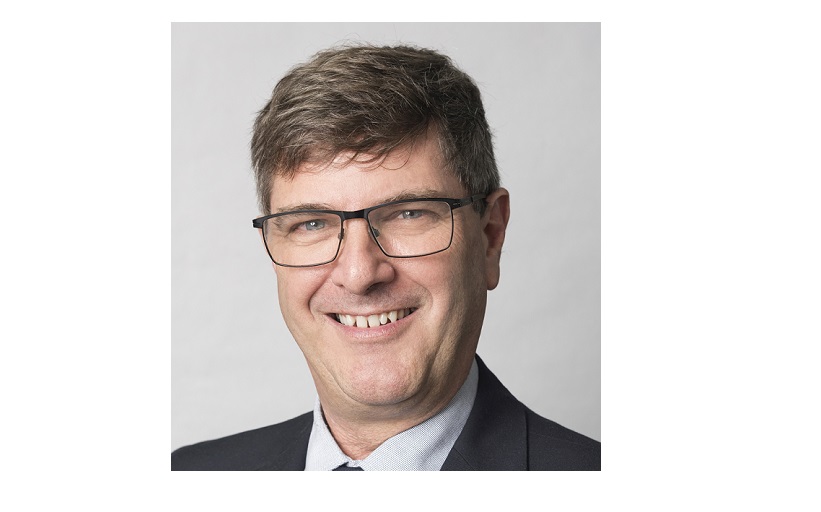 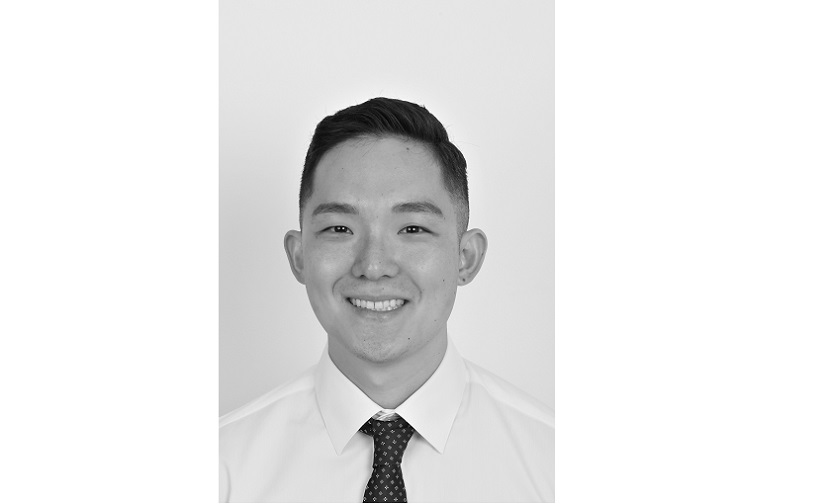